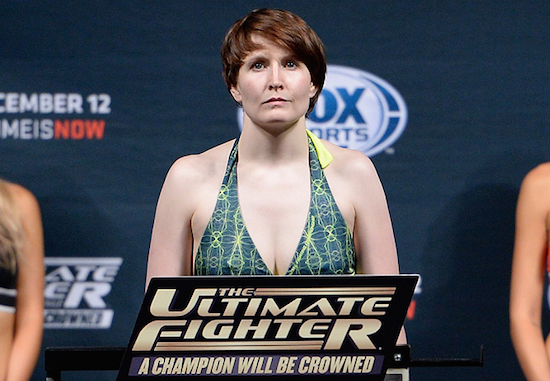 Aisling Daly dominated for four minutes, then saw a window of opportunity to stop the fight in the first round and jumped on it.

Daly hit the trip takedown and dragged Chambers down to the ground. Daly was able to transition to full mount immediately. Chambers was doing her best to protect her face as there was only twenty seconds remaining in the fight. The less she was getting punched in the face, the less likely it would be for the referee to call the action.

Daly, however, was simply using her ground and pound to set up a swift submission hold. Daly grabbed one of Chambers arms and transitioned, again, to an armbar attempt but Chambers’ arm was bent the other way. Once Daly was able to shift her hips and turn Chambers’ arm around, she torqued the hold full-force and Chambers had to submit.

Aisling Daly def. Alex Chambers by way of Submission (Armbar) 4:53 of Round 1