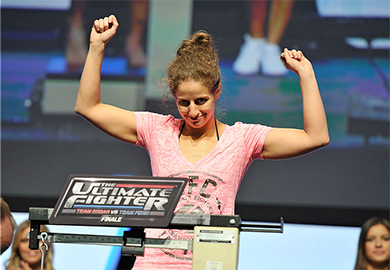 This bout was all about mat-work.

Alexis Dufresne was content with taking the fight to the ground and had almost triple the top-control time her opponent did. Moras was active off of her back and kept working for better positioning while Dufresne was contempt with laying on top of her. Dufresne performed well in the first round and showed some determination but she seemed to coast to what she thought would be a decision victory for her in rounds two and three.

Moras worked for submissions and almost put Dufresne away multiple times in the remaining minutes of the fight. When the judges’ decision was read, both girls looked surprised.