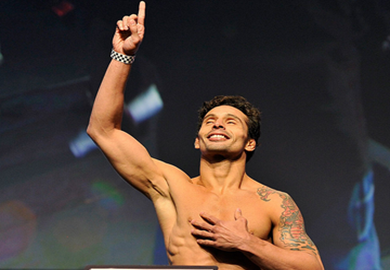 Adriano Martins is a BJJ specialist, but he just dished out one of the best knockouts of the weekend.

Martins had no problem getting within striking distance of Puig. As Puig was stepping in for a strike, Martins countered with a short right hook that sent Puig crashing to the mat. Puig was out cold before he even hit the canvas and the referee saw that. Martins noticed this as well and opted to not follow up with any strikes.

Should Adriano Martins pick up a Performance of the Night bonus after this amazing knockout? Let us know in the comment section below!

Adriano Martins def. Juan Manuel Puig by way of KO (Punch) 2:21 of Round 1