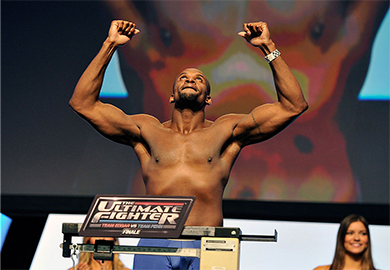 Eddie Gordon’s nickname “The Truck” is fitting. His truck of an overhand right won him a contract with the Ultimate Fighting Championship tonight.

Gordon backed Lima up against the fence and landed a devastating, loud overhand right. If it wasn’t for the fence holding Lima up, he would have fallen straight to the mat. With every shot that Gordon landed, you could see Lima getting closer and closer to hitting the mat.

Gordon showed no pity and kept nailing Lima in the head until he became limp and unresponsive. The referee stepped in and that was all she wrote.