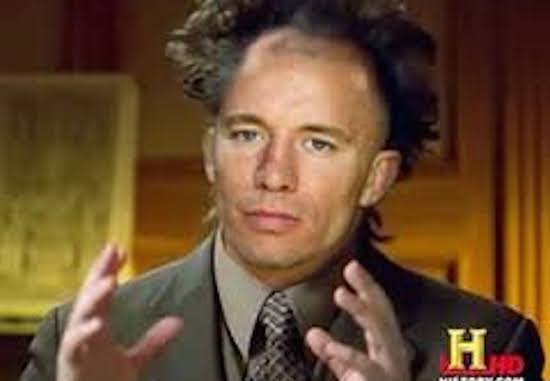 Former UFC welterweight champion, Georges St-Pierre has long been open about his interaction with “other-worldly” beings.

His time on Chael Sonnen’s “You’re Welcome” podcast, was no different.

“I never talk about aliens. I talk about non-identified flying objects. And if you don’t believe me, one day I was in Albuquerque … with Rashad Evans and [former UFC fighter and former wrestling coach for Evans and St. Pierre] Mike Van Arsdale, a fighter called Alejandro, he’s a Mexican guy, and also Ali [Abdel-Aziz], I believe he managed Frankie Edgar. And we’re all in the car … in Albuquerque, New Mexico, on the highway, and we saw a UFO all together. I don’t know what it was, but it’s something that we cannot explain … it came swift towards us and right away it changed directions and it disappeared.”

Are you a believer?