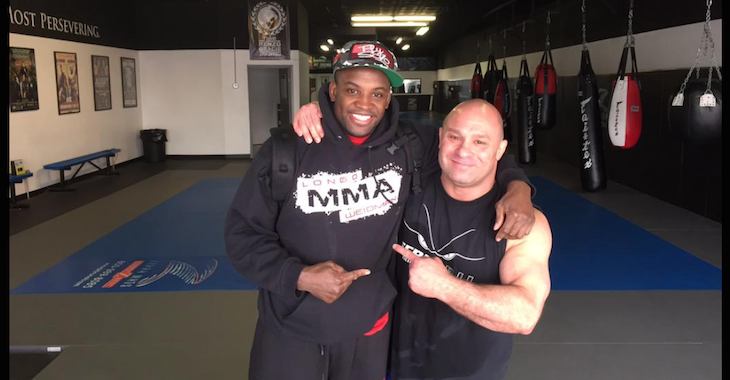 Chris Weidman is set to defend his UFC middleweight title against Vitor Belfort tonight at UFC 187.

Ahead of the fight a lot has been said and discussed about Belfort’s use of TRT in the past. Even before the weigh-ins it was revealed that even off the treatment Belfort’s levels were still higher than Weidman’s, prompting the champ to scream at the Brazilian when they faced off.

Matt Serra, Weidman’s coach and former UFC welterweight champion, has been retired for a while now but is currently using TRT. Serra talked to MMAFighting about his thoughts on the treatment and how he thinks it will effect Belfort’s performance.

“I think it’s a big deal, man. I think it makes a difference. I feel powerful, man. I’m ripping kimuras. I feel good. I never competed on it besides rolling with my guys and stuff like that. But it does make a difference.”

“I think if you’ve been on that sh*t for that long, how much was really him and how much was that helping him? That’s gotta play into not just every body else’s mind, but his mind, too.”

I guess we’ll all have to watch tonight to see if Belfort’s lack of TRT will drastically change his performance.