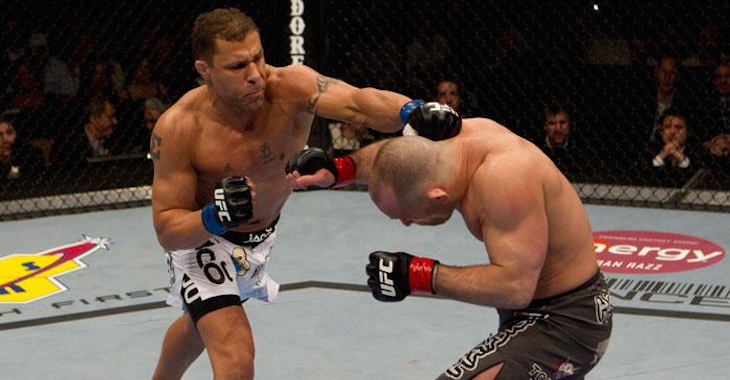 It happens in almost every sport; A star from yesteryear looks at the current talent pool and claims he would still have what it took to be on top. Every now and then, though, you have a realist who isn’t afraid to shy away from the truth.

A two time welterweight world champion, Frank Trigg became most famous for his wars with Matt Hughes at UFC 45 and UFC 54. Trigg may have come out with a loss in both meetings, but he established himself as a contender in a stacked division and was close to becoming UFC Welterweight Champion.

Could a prime Trigg hang with the likes of Johny Hendricks, Rory MacDonald, Tyron Woodley and Carlos Condit today, though?

“Even in my prime, there’s no way I’d be able to survive in the UFC today,” Trigg told MMA Corner. “It’s just so different with guys like Lawler, Hendricks, and MacDonald. They’ve totally changed the game. Look at Lawler, how much he’s improved over the years since I fought him. He’s changed his game, gotten better at what he’s always done, and is still a tough SOB.”