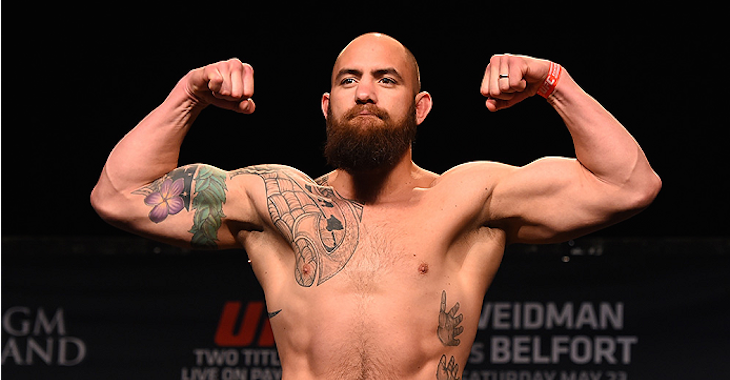 UFC heavyweight contender Travis “Hapa” Browne (17-3 MMA) is looking to get back on track, this after suffering a TKO loss to Andrei Arlovski at May’s UFC 187 event in Las Vegas.

According to a report on UFC Tonight, the Hawaiian would like to face “Big” Ben Rothwell in his next octagon appearance. Browne’s manager John Fosco told MMAFighting’s Ariel Helwani that the Browne camp remembers when Rothwell had called him out a few fights ago.

Prior to his loss to Arlovski, “Hapa” had earned a first-round TKO victory over Brendan Schaub at December’s UFC 181 event.

Would you like to see this heavyweight match-up put together by UFC officials? Sound off Penn Nation!