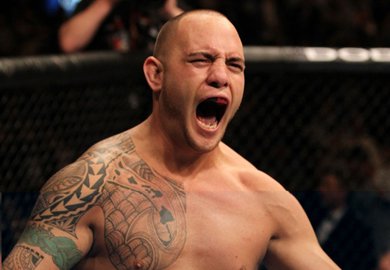 Travis “Hapa” Browne will be looking for his third consecutive victory when he takes on Miocic this winter. “Hapa” was last seen at August’s UFC on FOX Sports 1 card in Boston, where he scored a come-from-behind KO victory over former Strikeforce heavyweight champ, Alistair Overeem.

Prior to that, the  Hawaiian ran through previous heavyweight #1 contender Gabriel Gonzaga at “The Ultimate Fighter Season 17 Finale.” Browne’s lone octagon defeat came at the hands of “Bigfoot” Silva, in the headliner of UFC on FX 5 in Minneapolis. Browne tore his left hamstring in that bout, which resulted in his first and only professional defeat to date.

Meanwhile, Miocic recently scored a high profile win over Roy “Big Country” Nelson at June’s UFC 161 event in Winnipeg, Canada. The victory over Nelson got Stipe back in to the win column, as he had previously suffered his first career loss to Stefan Struve at 2012’s UFC on FUEL TV 5 event in Nottingham, England.

No date or event has been established for this potential pairing; however, both UFC 168 and UFC on FOX 9 are scheduled to take place this December.

Stay tuned to BJPENN.com for further updates regarding this proposed match-up.

In the meantime, do you like this heavyweight pairing? Let’s hear it Penn Nation!