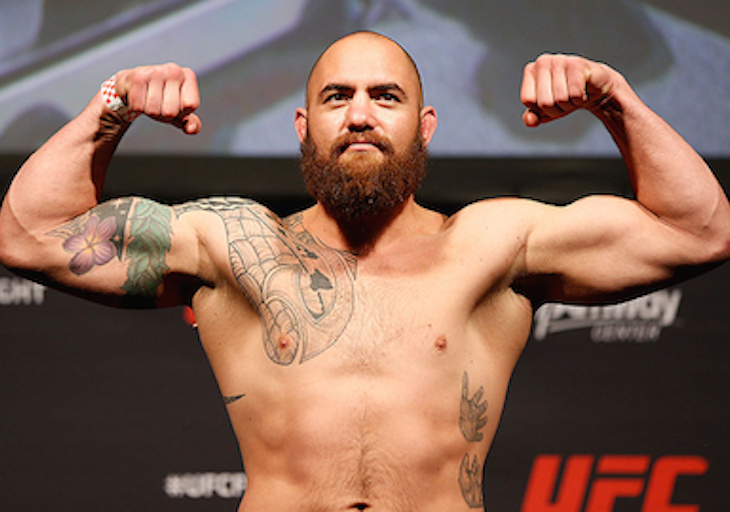 Following his quick dismantling of Brendan Schaub at the end of last year, Travis Browne is looking for a quick turnaround, which he hopes comes against Junior Dos Santos, or filling in for either heavyweight champion Cain Velasquez or interim champion Fabricio Werdum when the pair finally meet.

He spoke to MMAFighting prior to UFC 182.

“Man, if one of those heavyweights fell out of the fight tonight, I would be trying to find a cup, ready to go. The timeline is right here, right now. I took one week off and was right back in the gym. [Dos Santos is] ranked number two, I’m ranked number three. Yeah, it definitely makes sense. But again, it’s up to the promotion. How’s Junior feeling after his last fight? I’m ready to go.”

If you could pick, who would you like to see Browne fight next? JDS, Werdum, or Velasquez?