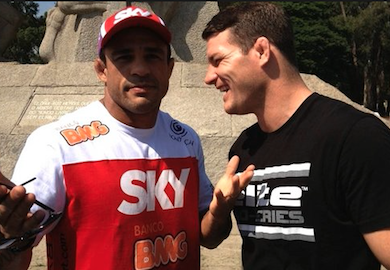 “From my point of view, Vitor was and still is the hardest working guy in the gym. I worked with him after he got off the TRT and his strength level didn’t change. He was very strong. He’s still a strong guy. His physique did change quite a bit, but I think that was water retention. The strength level was the same…. I thought then, and I still think now, that he’ll win. I know he’s a better boxer than Weidman. I know that for a fact.”

During a recent talk with ESPN, former Blackzilian coach Kenny Monday discussed the changing physique of Vitor Belfort and the impact the lack of TRT may have on his upcoming bout against Chris Weidman.