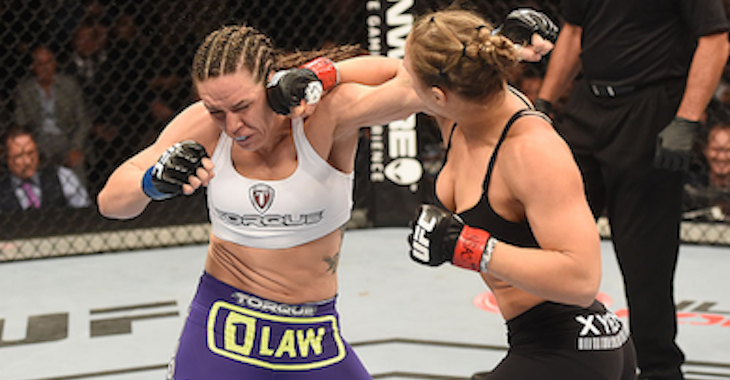 The number 3 ranked UFC women’s bantamweight Alexis Davis will be out of the octagon until late 2016. She announced the news today on her Instagram, revealing that she is pregnant and expected to give birth early 2016.

Davis was waiting for her next opponent, but it looks like she’ll be waiting a little longer now. Davis’ last fight was against Sarah Kaufman, which she won via second round armbar.

“Big news to announce today a slight delay in my return to the octagon! I planned on spending as much time back home as possible to help with my niece anyways. But we are over joyed by this news and should be expecting our new arrival early 2016!! 😍😍😄🍼 And planned to back in the Octagon by the end of the year! @flaviomeierbjj”