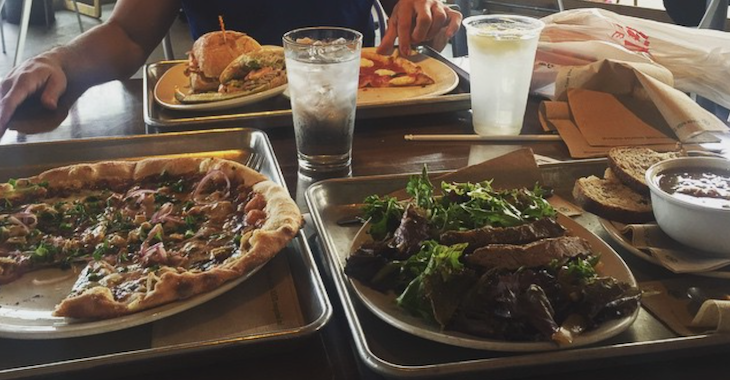 I’m impressed. UFC bantamweight champion is gearing up for his second fight with former champ Renan Barao and while in training camp has a responsibility to his body to devour mass amounts of food.

One meal that actually consists of about three separate meals. Soup, salad and pizza? I want to be a fighter.

Check out the picture he shared with his fans on Instagram!

Know I’m in fight camp and training hard when I’m able to eat this much food. Need the calories to keep my gains and deal with the altitude of Colorado. @lastcall155 @onnit