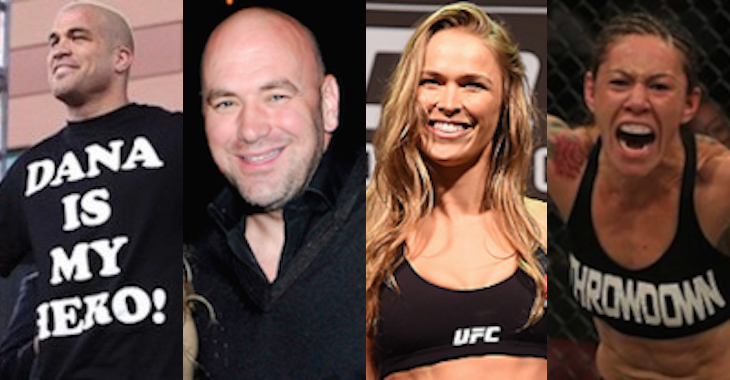 The past couple of days have been interesting to say the least. It all started when Tito Ortiz said that the UFC offered Cyborg the Rousey fight. Then Dana White said that was a lie. Then Cyborg said, no it’s not a lie. Then Rousey said Cyborg just wants more money. On and on and on.

Well, in an attempt to follow along with the whole debacle, here’s a series of tweets that follow the drama

I'm not lying nor is Tito- UFC called my manager last Sunday to see if I would fight Ronda at 135 on December 5 at… http://t.co/pF2VJdRuEU

@RondaRousey now your not scared of @CrisCyborg are you? pic.twitter.com/zf7BetbDCM

I've been clean for years! Check my drug testing. Change your stance and try a different angle on why you won't fight me. @RondaRousey

Quick question? According to Dana White no negotiations were ever in place! How could I have asked for more money???!!http://t.co/DIqog0co4K

Stop being a do nothing bitch! Let's do this for the FANS now (December 12) not later/ don't worry it will be your last fight!!@RondaRousey