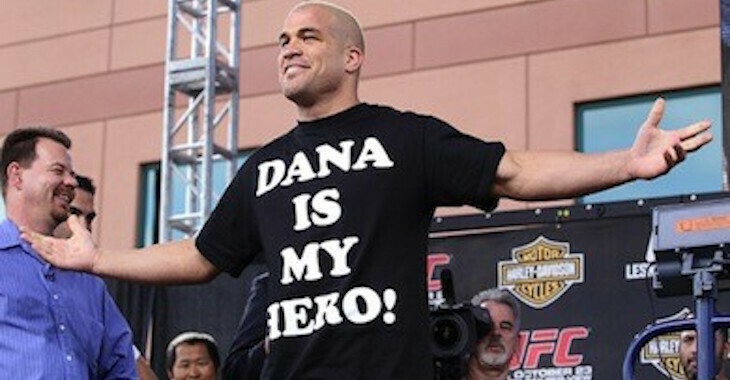 Seems like it’s been a while since we’ve had a good ol’ fashion Tito vs. Dana dispute.

Well we’ve got one now and it just keeps going. Ortiz basically lit the fire when he went on Inside MMA and said that the UFC had offered Cyborg a fight with Ronda Rousey in Dallas. White quickly put the hammer on that, saying that Tito was simply lying and no offer had been made to fight Rousey, even though Cyborg backed up Tito’s claim.

Now, Tito has sent a very simple and to the point response.