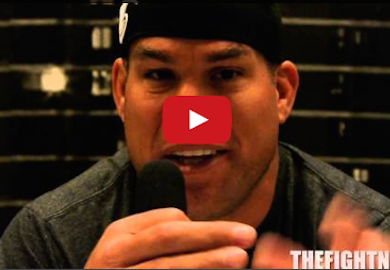 “If guys need to use TRT they need to retire. Get out of the sport. I’m 39 years old, I’ve never touched any of that stuff. Why would guys get an opportunity to not play on an even field? If you’re going to compete, fight for what you can fight for. And not make supplements to make you a better fighter, to fight stronger, fight harder.

“I mean what type of example are you trying to set for our kids, who are fans, who are watching this sport? That it’s OK to take shortcuts to be a fighter? We should never do that. If they don’t let it happen, it’s great. Random drug testing I think they should do as much as possible.

“It’s just one of those things. Don’t look for short cuts. If you can’t fight any more, retire.”