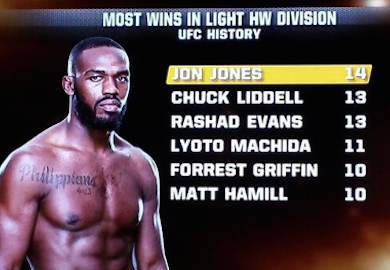 ‘The Huntington Beach Bad Boy’ never thought his feud with Dana White would lead to this.

A removal from the UFC record books.

During Saturday’s UFC 172 broadcast, the production crew threw up an info graph (above) about the most successful light-heavyweights in the promotion’s history. Tito Ortiz, who claims to hold 15 wins in the category, was not listed.

The upset former champion took to twitter to voice his concerns:

Now I'm being erased from @ufc history! Wow that is low! It will come back three fold. Sorry fans. @espn @foxsports

The sticking point here, is that during Tito’s initial run in the UFC the light-heavyweight division had yet to be established. He won five-bouts during this time and that’s an easy out for the UFC.