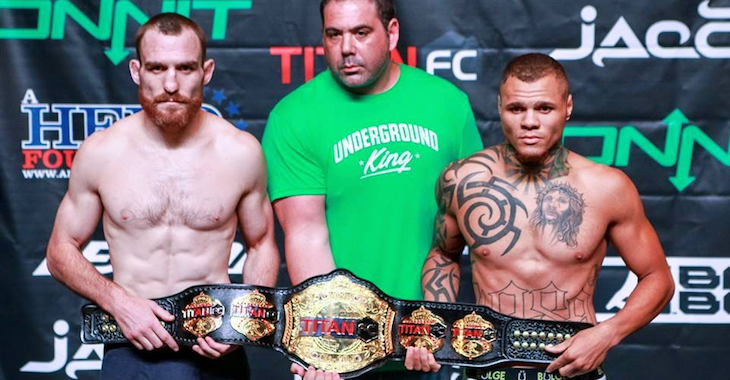 Titan FC made its way to UFC Fight Pass for the first time and they stacked their card. The fate of their lightweight, featherweight, and flyweight championships were decided on the main card.

UFC veteran Pat Healy reigned supreme when he was the only champion to finish his fight. He made quick work of Marcus Edwards by knocking him out in the middle of the second round. Another UFC vet in Tim Elliot took home the vacant Titan FC Flyweight Championship after five dominant rounds of action.

Check out the full results below!