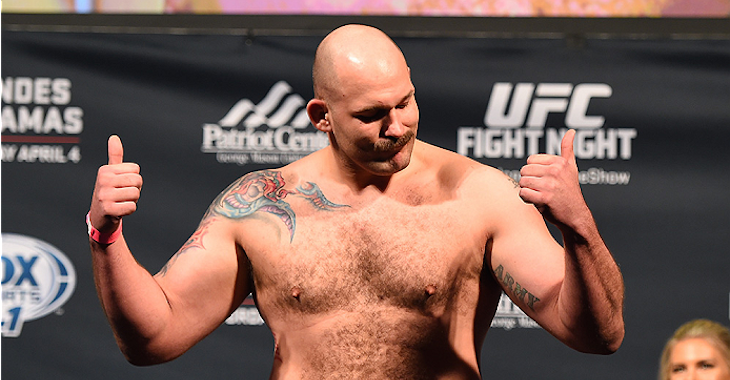 Timothy Johnson (9-1 MMA) made his octagon debut this past April, where he earned a first-round TKO victory over Shamil Abdurakhimov. The win marked Johnson’s eighth victory in a row, with all eight of those wins coming by form of stoppage.

Meanwhile, Jared Rosholt (12-2 MMA) was last seen in action at March’s UFC 185 event in Dallas, where he scored a third-round TKO victory over Josh Copeland. Since joining the UFC ranks in November of 2013, “The Big Show” has gone 4-1, with his lone loss coming to Alexey Oleinik.