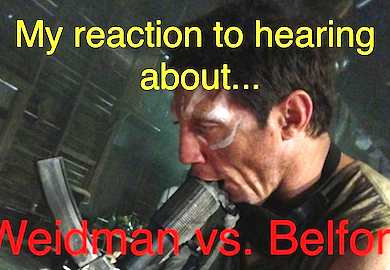 UFC Middleweight fighter, Tim Kennedy has made a meme about the recently announced middleweight title fight between the newly licensed Vitor Belfort and the champ, Chris Weidman.

The Caption Reads – I’m sorry but the thought of Weidman vs. Belfort taking place in Brazil is idiotic. #PED #TRT #HGH #EPOFollow

So I guess, for the sake of Tim’s life, he’s lucky the UFC opted to put the fight in Vegas this December.