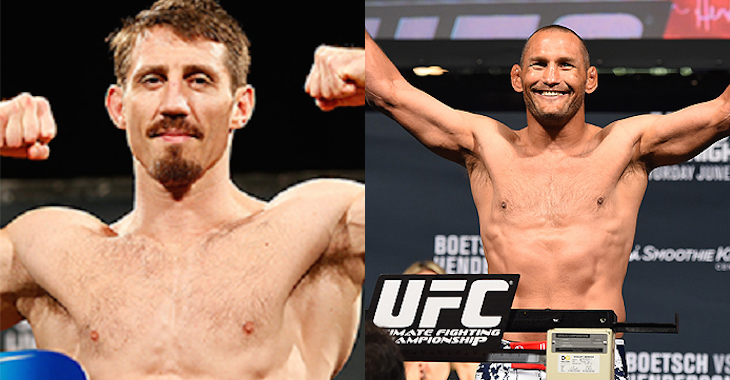 Dan Henderson is coming off a big and exciting victory over Tim Boetsch this weekend. Even though it was a main-event bout, Henderson is still unranked in the division and the question remains what the next step is for the former PRIDE champion.

Tim Kennedy took time out of his day to congratulate “Hendo” on his victory and proceeded to challenge him to a bout at “Fight for the Troops”.

Hey @danhendo CONGRATS on your win. Enjoy the rest. Lets talk to @danawhite about doing a Fight For The Troops card and putting on a show.

Kennedy has not fought in the octagon since his controversial loss to Yoel Romero in September 2014, but it looks like he is ready to make his return. This would be Kennedy’s second “Fight for the Troops” appearance as he fought for the last “Troops” event when he defeated Rafael Natal by way of knockout.

There are currently no plans for fourth “Fight for the Troops”, but Kennedy is throwing out an idea that seems to make sense for both fighters’ careers. Would you like to see the two fight?