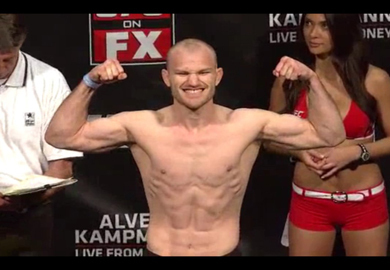 Former interim UFC welterweight champion Carlos Condit (28-7, fighting out of Albuquerque, N.M.) returns to the Octagon® to face top contender Martin Kampmann (20-6, fighting out of Las Vegas, Nev.) on Wednesday, August 28 at Bankers Life Fieldhouse in Indianapolis, Ind. The two previously met in 2009, with Kampmann earning a razor-thin split decision. Now the two meet again to settle the score in the UFC’s first event in Indianapolis since UFC 119 in 2010.

“Two of the top-ranked welterweights in the division will collide when former interim UFC champion Carlos Condit meets Martin Kampmann in Indianapolis,” UFC President Dana White said. “Both of these guys love finishing fights, so this is gonna be a war!”

Also, fan favorite and 6th ranked lightweight Donald “Cowboy” Cerrone (20-5, 1 NC, fighting out of Albuquerque, N.M.) faces resurgent Brazilian Rafael Dos Anjos (19-6) in a battle that’s an early candidate for Fight of the Night honors. While Cerrone has long sat near the top of the divisional rankings, his recent showing against former Strikeforce® standout KJ Noons brought him one step closer to a coveted shot at the title. Riding a four-fight win streak that includes notable victories over Evan Dunham and Mark Bocek, the 10th ranked Dos Anjos plans to derail “Cowboy’s” title train.

UFC® Fight Club members will have the opportunity to purchase tickets to this event Wednesday, June 12 at 10 a.m. ET via the website www.ufcfightclub.com. A special Internet ticket pre-sale will be available to UFC newsletter subscribers Thursday, June 13 starting at 10 a.m. ET. To access this presale, users must register for the UFC newsletter through UFC.com.