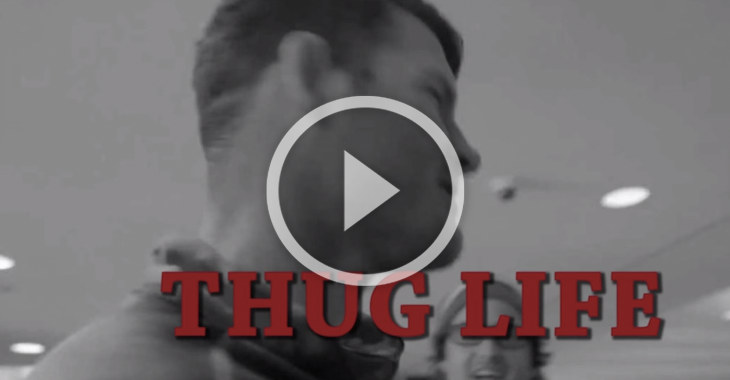 Michael Bisping is coming fresh off a victory over CB Dollaway at UFC 186. Even though this was his latest win, it sure as hell wasn’t his most impressive.

A neckbearded UFC fan recently expressed his new-found love for Bisping after trolling him on the internet for months. Bisping never blocked the guy on the internet, but he blocked him in real life when he belted out, “You can kiss my ass…”! Thug life, indeed.