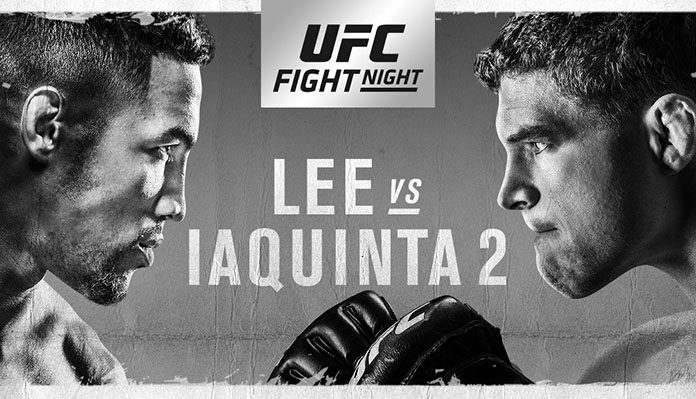 An era will come to an end when the Octagon touches down in Milwaukee on Saturday night, as UFC on FOX 31 will be the last event on the network.

With 13 fights in total UFC Milwaukee has something for everyone. Several fighters will be stepping into the Octagon for their first official UFC bout. While others, like Jim Miller, will be adding to their record-setting 30 plus fight runs in the promotion.

This card can easily fall under the radar will all the high-level MMA going on this weekend. So just in case you needed the extra incentive, here are three more reasons why you should be tuning in to the last UFC on FOX event. 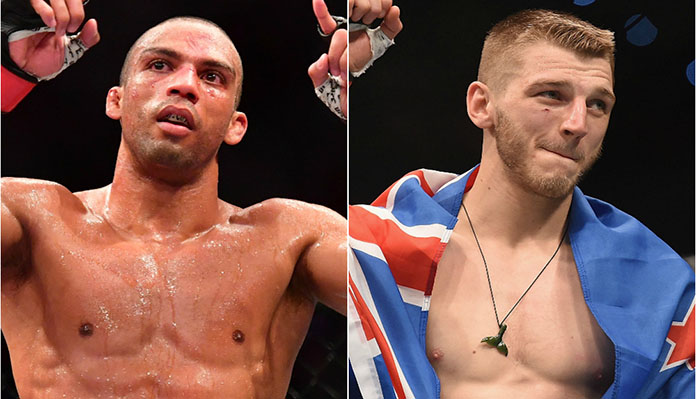 This should be one heck of a co-main event on Saturday night.

Barboza may be ranked as the No.5 lightweight in the world but he has his back against the wall as he has lost his last two fights. He moved back down to Florida to work with American Top Team for this fight and he seems to be in a much better place both physically and mentally.

He will no doubt have his hands full as he is taking on one of the fastest rising prospects in Hooker. The New Zealand native has been a terror. He has finished his last four opponents leading to a four-fight winning streak.

Hooker is currently ranked as the No.14 lightweight. With a win over Barboza, “The Hangman” could catapult into the top 10 and become a strong contender in 2019.

Juan Adams will make his official UFC debut in Milwaukee after earning a UFC contract on last seasons Contender Series. Adams is a true heavyweight with real ability. Business is about to pick up in the heavyweight division.

Adams, 26, stands 6’5 and cuts about 25 pounds to make the division’s limit of 266 pounds. He is an athlete, however. He is an accomplished wrestler with great technique and his hands have been developing nicely. He has spent time training with top heavyweight contender Curtis Blaydes as well as a number of other UFC fighters.

On top of being a dominant fighter and boasting a record of 4-0, Adams is full of personality and one of the best social media follows in the sport. In his words, he is exactly what the fans have been waiting for. 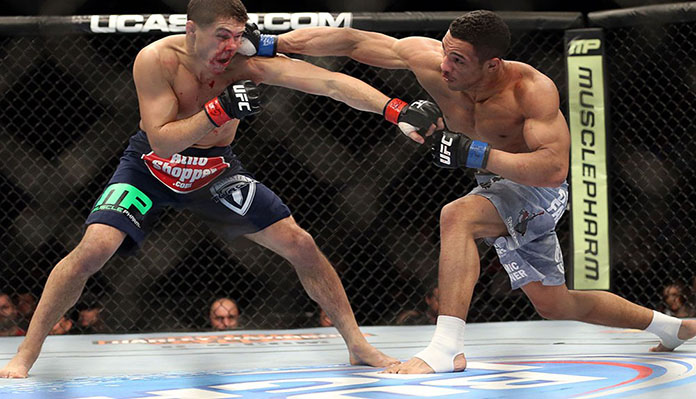 Lee and Iaquinta fought four years ago with “Raging Al” getting the better of the “Motown Phenom”. Lee will look to even the score in Saturday night’s main event.

Lee first stepped foot in the Octagon at UFC 169 when he fought Iaquinta. Much has changed since their first meeting. For starters, Lee is ranked as the No.4 lightweight while Iaquinta is sitting at the 8th spot.

The “Motown Phenom” has won six of his last seven fights. The only blemish in that stretch was an interim title fight with Tony Ferguson. He most recently defeated Edson Barboza via doctor stoppage at Fight Night 128 back in April.

Despite having a blossoming real estate career, “Raging Al” says he has never been more focused and ready to fight as he is now. This will be just his third fight in three years. He is coming off a loss to the lightweight champion Khabib Nurmagomedov in which he showed a tremendous amount of heart.

Will you be watching the UFC’s final show on FOX?