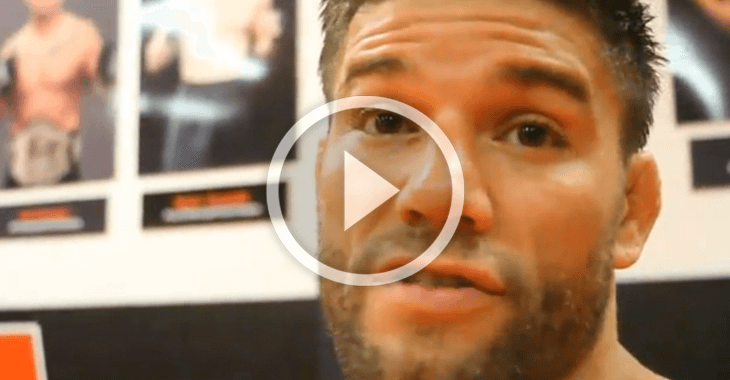 American Kickboxing Academy’s Josh ‘The Punk’ Thomson is all set to make his Bellator MMA debut in San Jose, CA, at the historic ‘Dynamite’ event, which will feature both MMA fights and GLORY kickboxing in one venue, with the cage and ring right next to each other.

Thomson will be fighting in front of a home crowd on Saturday night and he couldn’t be more excited. Thomson talked to BJPENN.COM’s Layzie The Savage a week before his debut and said he’s good to go and can’t wait to see what the future holds for Bellator.

‘The Punk’ thinks the promotion is on it’s way to getting even bigger and better, saying that it just needs some time.

He also talked about feeling at home right away. A lot of that has to do with his past relationship with Bellator president Scott Coker, when they were both a part of the Strikeforce promotion.

Catch the full interview below!