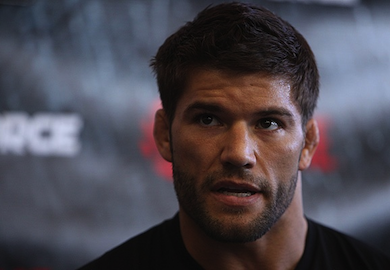 “With Pettis I felt like I had a good game plan for the first four or five weeks of my camp, and I felt that there’s a lot more room in his game that I can exploit and win. Benson is more of a chess match. I have to play chess, and it’s a who can get there first kind of thing with him. I have to be careful with him. He’s good on the ground, he’s got good wrestling, and he is southpaw. Those are the things you have to be ready and prepare for.”

Originally slated to fill the void left by TJ Grant, Thomson was all set for his shot at UFC gold before the champ, Anthony Pettis, withdrew from their UFC on FOX 9 fight with an injury.

The UFC’s lightweight void, was quickly filled by former champ, Benson Henderson, who will now face Josh at UFC on FOX 10.