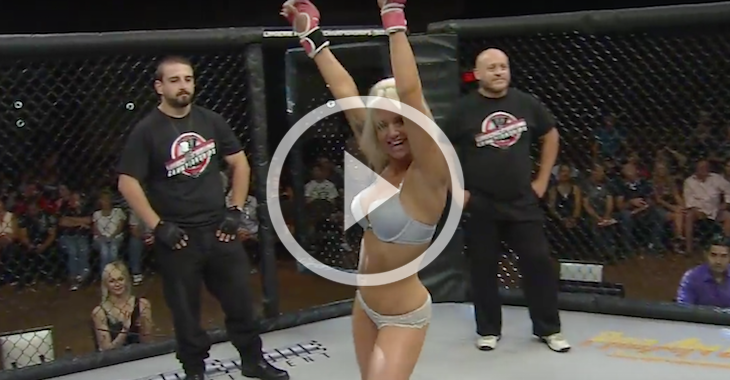 This video has been up on the web for six days and has already reached over 1.5 million views. So amid the rump shaking and nearly naked females ‘fighting’, let’s get serious. Do things like this have a negative effect on the sport of MMA or not?

Honestly I think any real MMA fan can watch this and realize that it’s a joke for the most part. These women aren’t really fighting. It’s more of a mix of pro wresting and MMA than anything else.

So anyway, what are your thoughts on the matter?