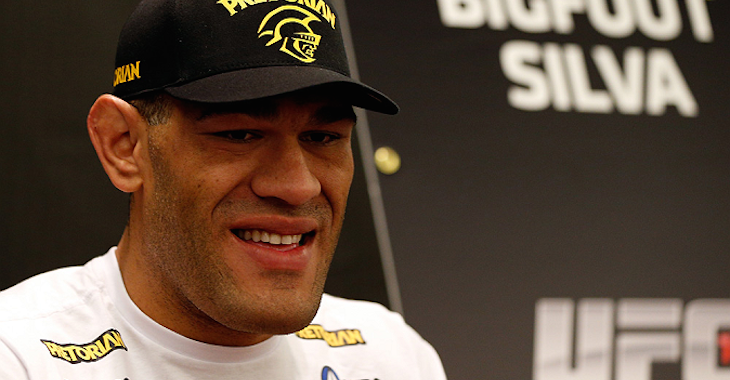 Antonio “Bigfoot” Silva has not won a fight inside the octagon since February 2013 when he knocked Alistiar Overeem out. “Bigfoot” has decided to bring in the big guns to help him train for his bout at UFC 190 against Soa Palelei! Derrick Mehmen and Augusto Sakai tower over the UFC heavyweight in the picture below: