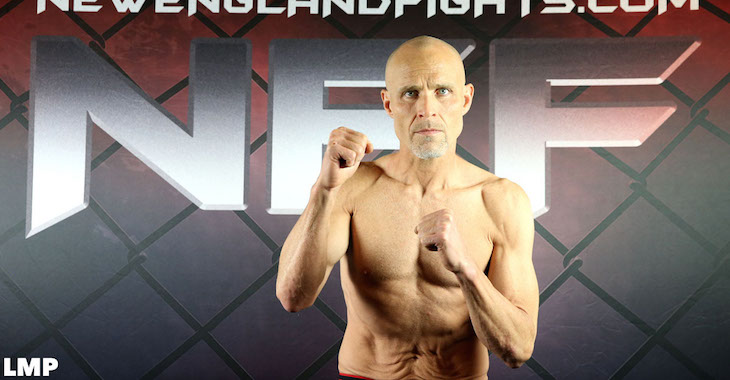 Here’s a fun story about a father, a son and vengeance.

Steve Bang Sr. watched his son, Steve Bang Jr. get TKO’d by a 50 year old man. Now, he is out for revenge and will face off against that man, Pat Kelly, this weekend.

Bang Sr. is a 45 year-old doctor with one amateur fight under his belt. Bang Sr. talked to MMAFighting about the fight and the situation. The fight will be an amateur scrap taking place in Androscoggin Bank Colisée at “NEF XVIII: Made in America” in Maine.

“I had been chomping at the bit, waiting for the right time for everything to line up. All of a sudden I was watching that fight and I realized that right now is the right time, there won’t be any better time than now. I thought, what better than to enter the ring against the man who just beat my son? So as I was watching that fight I was thinking that. A couple of days later I contacted the promoter, Matt Peterson, and I said how about this — father seeks to avenge son’s loss in the ring?”