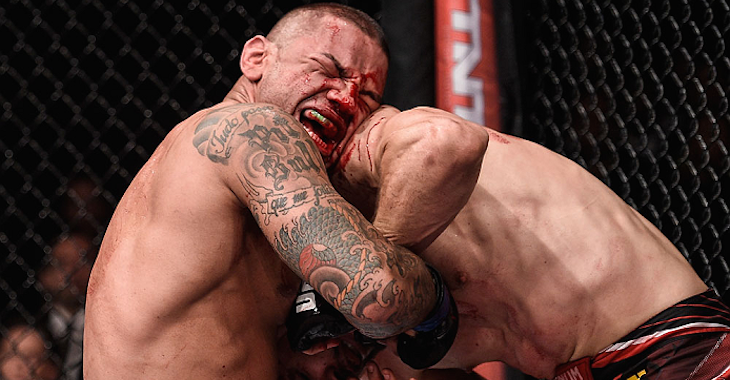 Thiago Alves will be making a move in weight classes. He’s dropping from welterweight (170) to lightweight (155).

UFC Tonight reported the news, also saying that Alves would like to make his lightweight debut sometime this year. It’s kind of odd to think about, considering he’s had issues making the welterweight weight limit and actually missed it on two different occasions.

Since his return to the UFC, he has been able to make the weight easier and it looks as if it’s a real possibility he can make 155.

Who do you want to see welcome him to the lighter weight class?