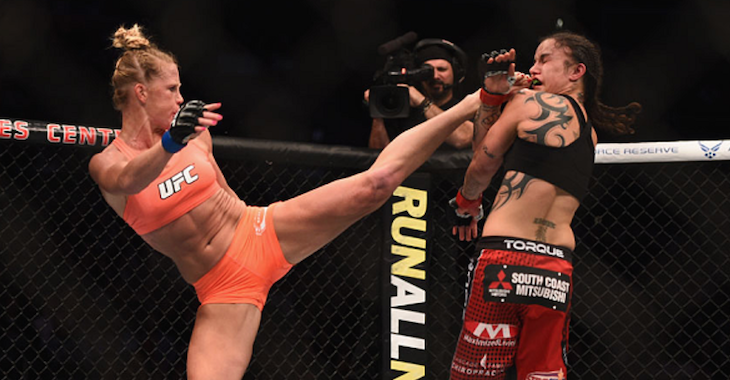 “Oh it’s absolutely great. She defeated the girl everywhere, she made the girl pull guard twice. To me that’s demoralizing that you can’t take somebody down because of movement, because of the range, because they’re scared to get to you. And again, she tried to get the same armbar that she triangled, that Jessica Andrade got caught in, and right away [Holly] was able to defend it and pop out. So everything is coming together. You should see how strong she is, and she’s not a boxer anymore, she’s an MMA fighter.”

“I think there’s a very good chance she might be the opponent after Tate.”

Striking coach Mike Winkeljohn recently talked to Submission Radio about all of his big name fighters, including Holly Holm. He talked about her most recent victory and mentioned that he thinks she could very well be next in line for the title after Miesha Tate fights Ronda Rousey.

Do you think Holm would stand a chance with Rousey?