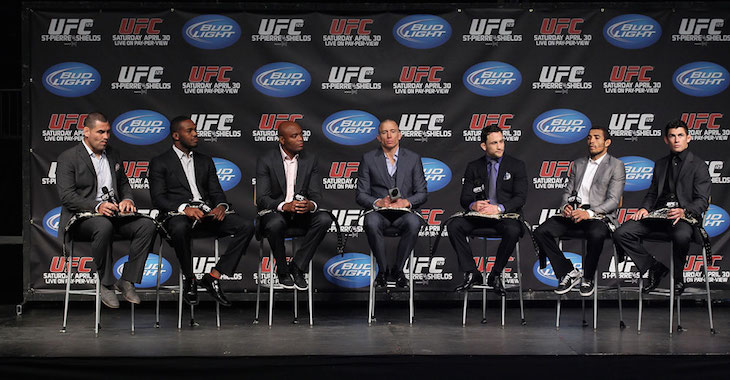 Talk about a Throwback Thursday. Check out this picture from back in 2011, showing all the (then current) UFC champions together.

Oh how times have changed. Aside of Cain Velasquez and Jose Aldo, everyone else is no longer the champ. Anderson Silva is out waiting because of his failed drug tests, Jon Jones is out because of his legal troubles, GSP is out because he said adiós, and we’ve seen Dominick Cruz fight maybe once since then. The only guy there besides the two current champs that is actually active and maybe on the verge of getting gold again is Frankie Edgar.