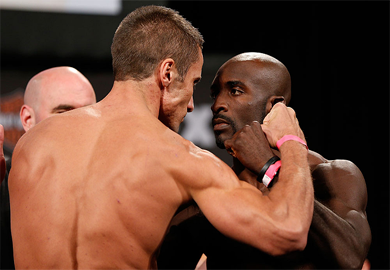 Featuring 12 live fights with a headliner between Urijah Faber and Scott Jorgensen tonight’s card is sure to deliver.

The TUF 17 finale takes place from the Mandalay Bay Events Center in Las Vegas, Nevada and the preliminary card kicks off on Facebook at 5:30 p.m. ET.

Tune in here for live results from the preliminary portion of tonight’s event.