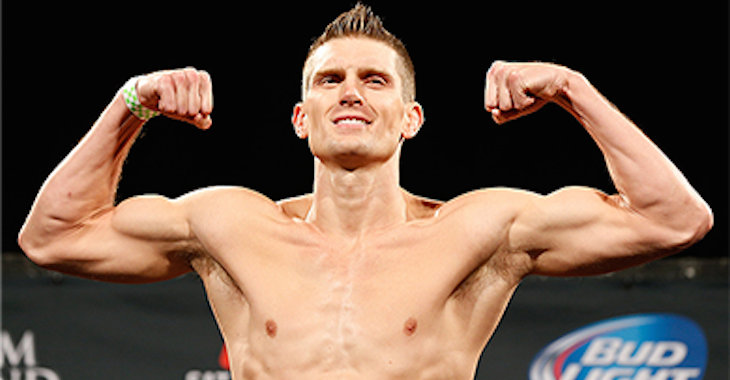 The Ultimate Fighter 21 Finale will be a part of International Fight Week, as UFC officials recently announced the event will take place July 12 live from the MGM Grand Garden Arena in Las Vegas, Nevada.

The TUF 21 Finale was originally slated to take place in Florida, this to coincide with this season’s American Top Team vs. Blackzillians reality show competition. However, UFC officials announced today that the popular TV series will now be capped off in Sin City.

With the change, the TUF 21 Finale now takes place the day after UFC 189, which is also being held at the MGM Grand Garden Arena.

The TUF 21 Finale is headlined by a welterweight fight featuring Jake Ellenberger taking on Stephen Thompson.

Jake Ellenberger (30-9 MMA) was most recently seen in action at February’s UFC 184 event, where he scored a submission victory over former title challenger Josh Koscheck. The win snapped a three-fight losing skid for Ellenberger, who had previously suffered losses to Rory MacDonald, Kelvin Gastelum and Robbie Lawler.

Meanwhile, Canadian Stephen Thompson (10-1 MMA) is currently riding a four-fight win streak, his latest effort being a decision win over Patrick Cote at UFC 178. “Wonderboy” has gone 5-1 inside the UFC octagon, with his lone loss coming to Matt Brown via decision in April of 2012.