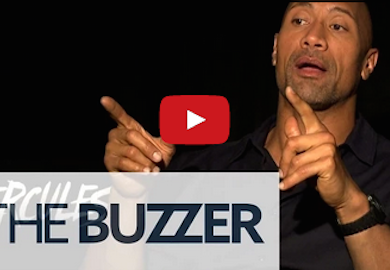 Having worked in Hollywood with both Gina Carano and Ronda Rousey, Dwayne ‘The Rock’ Johnson was asked to predict the outcome of this potential UFC Showdown.

“Come on, man, you can’t ask me that. That’s like asking me, “Hey, Rock, which side of your handsome face do you like better, left or right?” Obviously, it’s impossible to answer. You see what I did there? Avoided that question like the Filipino clap and managed to drop a “handsome” line in.”

“Ronda is one of a kind. She’s a champion with world-class drive and work ethic. And to be able to do what she’s doing-the drive of being a champion and then balancing that with the drive of being equally as good on the big screen-that type of ambition requires capacity, and it’s so cool to see her achieve and move mountains.”

“I never spoke to Brock when he decided to compete in MMA. We’ve been good buds for years, and he always knew I supported his decision. To be able to accomplish what he did and become UFC heavyweight champion in that short amount of time was insane-historic.

“I used to hear that voice a few years back, then I remembered I don’t like getting punched in the face. Kidding aside, I have boundless respect for MMA and the discipline it takes to become a champion. The best way I can honor the warriors is through my support.”