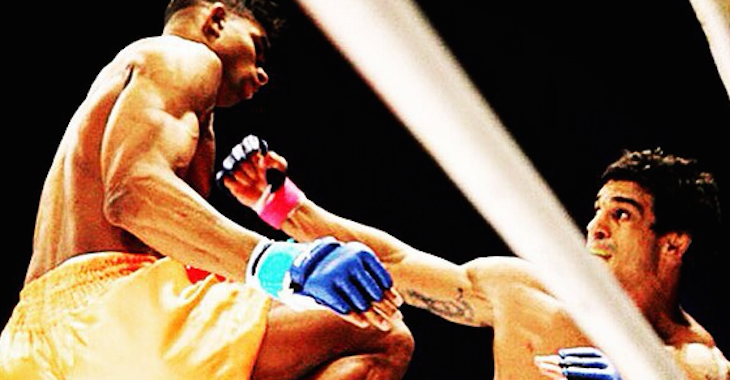 Before Alistair Overeem ever became a contender to the UFC heavyweight championship, he was struggling to pick up his first big win that would put him on the map.

“The Reem” started out his professional fighting career as a kickboxer before he quickly added “mixed martial artist” to his resume. Overeem balanced the two gigs and eventually made a name for himself in promotions like Netherlands’ It’s Showtime and Japan’s RINGS organization. He was eventually brought into PRIDE FC where he amassed a record of 3-0 before he fought UFC’s Chuck Liddell.

Overeem fought smart but eventually became reckless and left himself open for several big shots from Liddell. He would tease himself with another big win once again against Antonio Rogerio Nogueira only to ultimately lose by way of unanimous decision. It wasn’t until six years into his fighting career that he landed his first “W” against a big name at the expense of Vitor “The Phenom” Belfort during the PRIDE FC Light Heavyweight Grand Prix!

Check out what Overeem had to say about his win over “The Phenom” below!

HaaaiiiYaaaaaaaaa! Me and Vitor going at it – All the way back in the Pride-Lightheavweight-GP of 2005! my first big name win and booooooooy what was I happy and proud of myself. I remember after the submission win, my infamous guillotine (which everybody now is defending so well dammit ) being so excited.. I couldn’t sleep for days – Until I did.. And then I slept for like a month or something lol

Alistair Overeem has his sights set on fellow heavyweight Junior dos Santos in a bout that is rumored to take place before the winter of 2016. Who do you think would walk out of the octagon with their hands raised in this colossal face-off? Share your thoughts and predictions in the comment section below!