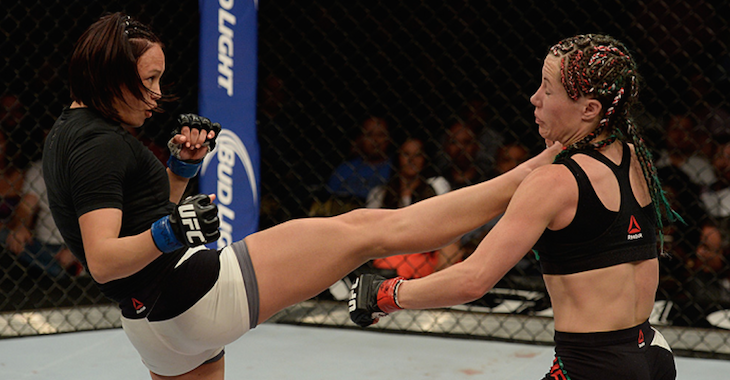 UFC strawweight and former Invita FC atomweight champion Michelle ‘The Karate Hottie’ Waterson picked up the win in her UFC debut but will now be on the sidelines for a while.

Waterson revealed, via her Instagram, that she broke her hand during her fight with Angela Magana at the TUF Finale. She now has to wear a cast for six weeks!

Who would you like to see her fight when she’s all healed up?