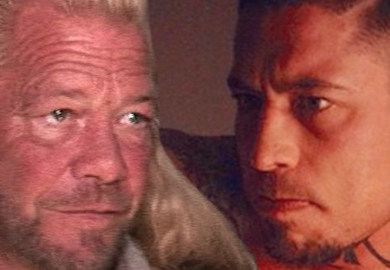 The time for talk is over. “Dog The Bounty Hunter”, according to our sources, has landed in Southern California as of this morning and is on the hunt for War Machine!

The infamous bounty hunter had previously given the fugitive 24-hours to turn himself in, and upon expiration of that deadline, “Dog” issued the following:

#CMTDogAndBeth @WarMachine170 Time is up ! BEWARE OF THE DOG…