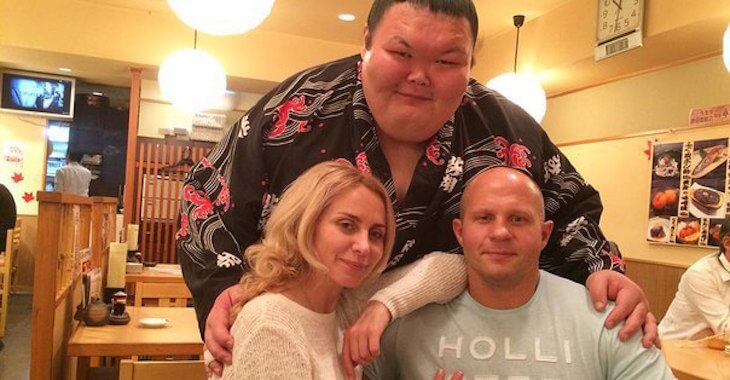 Fedor Emelianenko, the man, the myth, the legend. Many are a little disappointed that he’ll likely be fighting a 1-0 fighter in Japan, for the new organization ‘Rizin Fighting Federation.’

Fans have been wanting to see him fight in the UFC for a long time, but it again looks like it won’t be happening.

The heavyweight fighter is coming out of retirement and will fight for the new Japanese organization run by the former PRIDE FC boss. The event is set for New Years Eve and will be broadcast on Spike TV.

Ahead of that, we’ve got some pics of the heavyweight looking not so heavy next to a giant sumo wrestler.