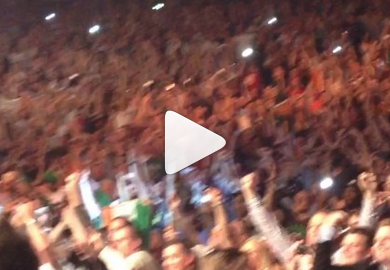 UFC Fight Night Dublin took place this past Saturday, and for those that watched the event it was a magical one. With the Irish fighters sweeping in all of their respective bouts, and the energy from the crowd, it’s safe to say the UFC will likely be in Ireland again. In case you missed the action, UFC President Dana White captured the roar of the crowd on his Instagram. Check it out.