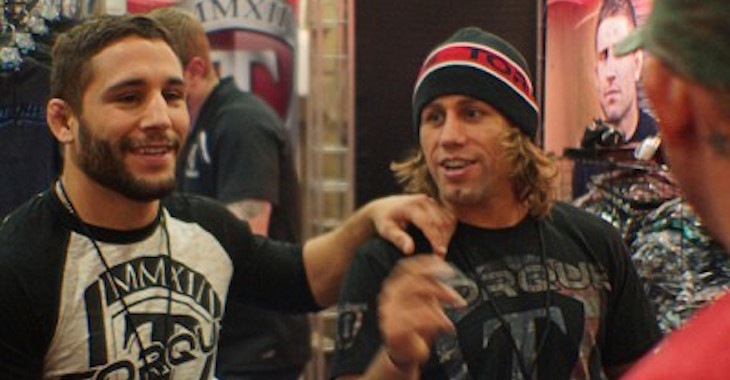 The champ said that he hopes it isn’t true and wants to see Aldo fight, but if he can’t go he knows a few guys who could step in and take on Conor McGregor.

Chad Mendes and Urijah Faber, both teammates of Dillashaw’s at Team Alpha Male, are a few of the names being thrown around for who should fight McGregor if Aldo has to pull out.

According to Dillashaw, either guy has the tools to go in and beat the Irishmen on two weeks notice.

“I think both those guys have the recipe to beat McGregor, the things we haven’t seen in a fight with McGregor yet. McGregor hasn’t been matched up with a good wrestler who goes for submissions and is very dominate. I think Chad gives him a push on his feet with his power and with his takedowns, being able to keep him down. Urijah, with his submission game could be a big one too. We’ve seen McGregor’s last loss, it was a knee bar, who gets submitted with a knee bar?”

Of course the UFC has yet to even confirm the injury or say anything about the situation, so we will keep you posted on any new developments.