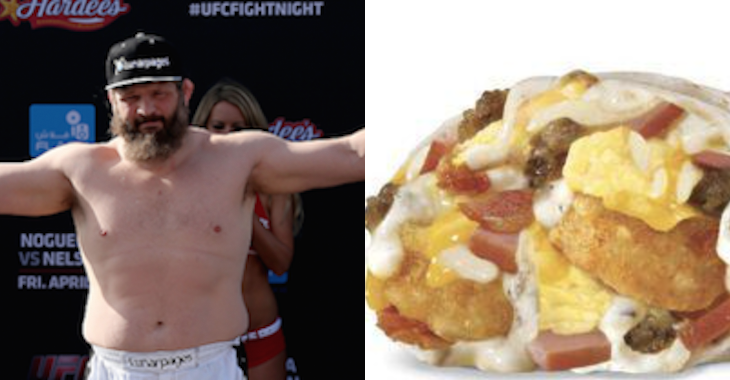 UFC heavyweight Roy Nelson seems to have found what he needs to take him to the next level, in the form of a Carls Jr. breakfast burrito.

Nelson took to Twitter to express his joy to fans, saying that the ‘Big Country’ is the help he needs. With this burrito Nelson could be the greatest fighter in the world….Sorry, took that a little too far.