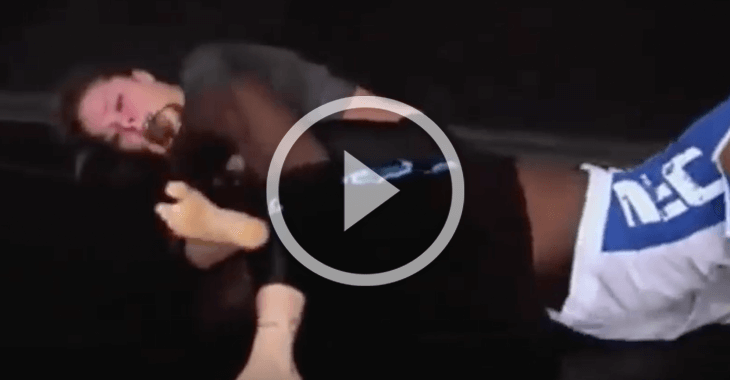 UFC middleweight Uriah Hall is coming off of what is 100 percent the biggest win of his career and probably could be one of the biggest upsets in UFC history, or at least recent memory. This past Saturday, at UFC Fight Night: Japan, Hall shocked everyone when he took out Gegard Mousasi in the second round with a spinning back kick, flying knee combo.

In the first round however it was Mousasi who got the better of Hall, taking him down early and keeping him there. However, at one point, while Hall was on his back, he threw up a super fast armbar attempt and for a moment it looked pretty legit. Mousasi was able to get out and continue his top control though.

The armbar attempt was pretty slick though, I wonder if he learned anything from rolling with UFC bantamweight champ Ronda Rousey.