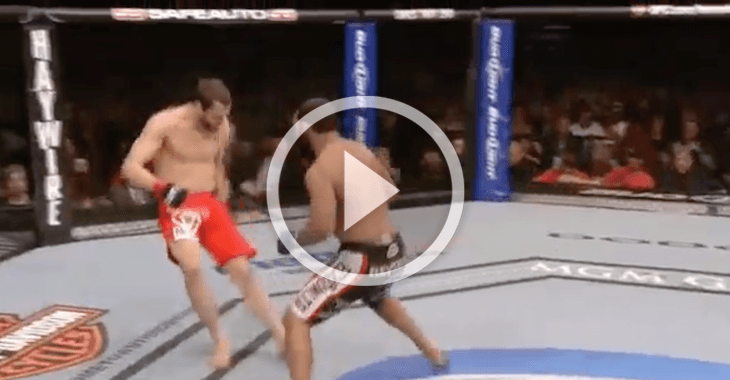 Remember when Johny Hendricks was going through the welterweight division and just putting everyone’s lights out? Yeah, I miss it too.

But hey, you can’t KO everyone. Hendricks is still at the top of the division close to another title shot for a reason, so I guess you can’t really call him out for not slugging with everyone. Although, why do you think Carlos Condit for the title shot instead of him, just saying.

Hendricks took on Jon Fitch back in 2011 at UFC 141. Going in you would think it would be evenly matched, with both of them being big wrestlers, but they were significantly different in one area, KO power.

Hendricks had the power to put someone out. Fitch, not so much.

So they fought and guess what, Fitch got TKFO!!