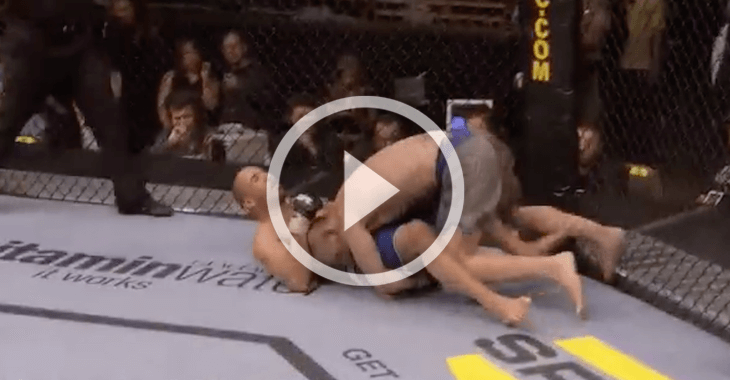 Back in 2007 at ‘The Ultimate Fighter’ 5 Finale Gray Maynard and Rob Emerson entered the octagon and went to battle.

In the second round of their fight, Maynard was able to get a hold of Emerson, pick him up and slam him down. Then, we saw a rather confusing turn of events.

Maynard was woozy while Emerson seemed to have hurt his rib. Everyone was a little confused about what was happening, as both fighters were in pain. The replay showed Maynard slam his head into the mat, essentially knocking himself out in the process.

The fight was ruled a no contest as both fighters were unable to continue.