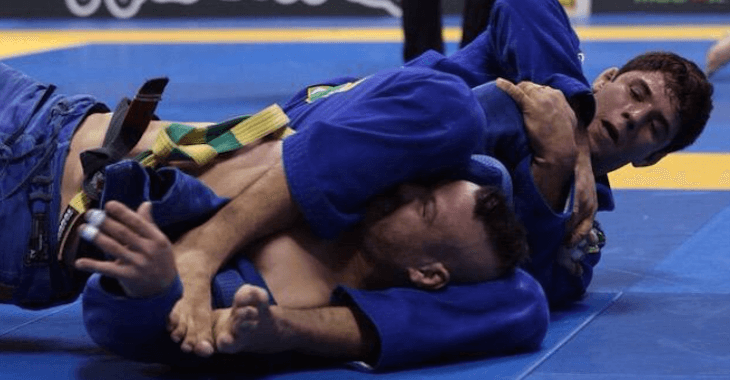 Watch out MMA fighters, here comes a ten time BJJ World Champion. Marcus Almeida, or “Buchecha” as he’s more commonly known, is ready to make the move over to mixed martial arts and plans to do so asap.

Buchecha told Combate that after suffering a knee injury, which kept him out of this years ADCC, he decided that he’d been putting off the move for too long and will now look to start his training as soon as he’s all healed up.

“I always wanted to do it, I have always been curious about it, but I never rushed it. I always chased my goals in jiu-jitsu where I got 10 world titles, six of them as a blackbelt. Time goes by and after this injury in my knee I thought about many things, I don’t want to postpone it any further. As soon as I get better, I will start boxing, I’ve been thinking about this a lot.”

Buchecha says he knows that he was putting it off because of the fear of getting hurt in MMA, but when he got injured going BJJ, he realized it didn’t matter what he was doing, the possibility of an injury could happen anywhere.

He’s already spent time in a big MMA gym and even trained with fighters. He also revealed that big MMA promotions like WSOF have showed interest in him.

“I once got a tempting proposal. Ali Abdel-Aziz told me it would be nice to debut at a big event. There was no negotiation or anything, but it made me think. Javier Mendez is always trying to get me a fight and I have to tell him to take it easy. I have been getting the cage experience at AKA. I got beat up. I didn’t mind the strikes, the session wasn’t that hard, but the headaches bothered me afterwards, I got punched in the head so much. They told me I would get used to it, though.”

Thoughts? Sound off in the comments!