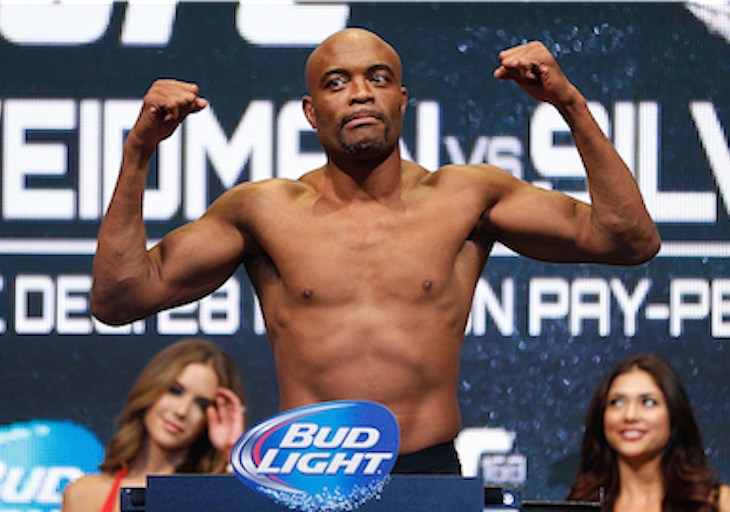 Anderson Silva’s teammate Rafael Cavalcante is putting to rest the talks of Anderson Silva being afraid to throw leg kicks after having his leg snapped by Chris Weidman at UFC 168 over a year ago.

Cavalcante spoke to MMAFighting about Silva’s lack of a mental block, and how it will benefit him against Nick Diaz on January 31st.

“I just returned from an injury, and I’m getting beat up in training. He’s training hard, I’m really impressed. He’s dedicated, and he will bring this win for the team. I wish he had this mental block because he’s kicking me a lot, and he’s kicking fucking hard. He’s bigger than me, so he usually kicks me a lot in training because I like to close the distance when I’m fighting. He’s kicking hard, thank God.”