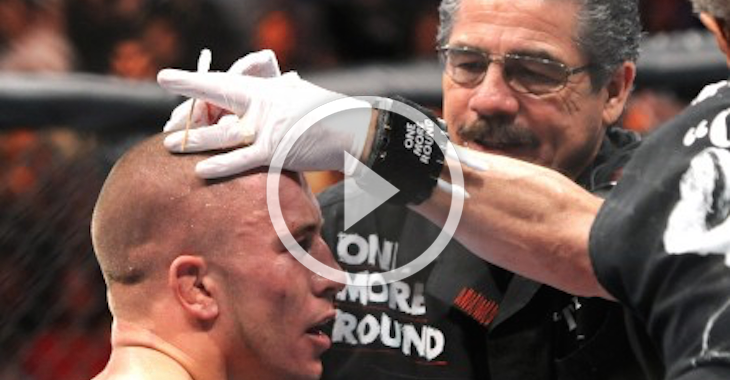 After Robert “Stitch” Duran was unceremoniously released from the Ultimate Fighting Championship for remarks he made against major sponsor Reebok, the fight world erupted. Fans and fighters alike were up in arms about how he was released, but some people don’t understand the significance of having such an elite cutman in your corner.

To some, he’s a disposable behind the scenes employee. To the fighters, however, he is viewed as an advantage in your corner. When asked if it matters if “Stitch” is there or not, Justin Buchholz responded, “Yeah, definitely. He’s wrapped my hands. He’s wrapped [Danny Castillo’s] hands— he’s wrapped everybody’s hands. He’s pretty far above [everybody else] in his class. There are guys out there that do not compare.”

Current UFC lightweight Danny Castillo went into detail as to why having “Stitch” in his corner helped when preparing for fights. “It feels like a cast [when he wraps your hand]. It’s almost like a glove it fits so perfect on your hand. He has different wraps. Like, he’ll ask you, ‘Are you a grappler? A striker? Do you hit harder with one hand?’ He’s the man.”

Want to catch up on the rest of the last episode of Stud Show Radio? CLICK HERE!