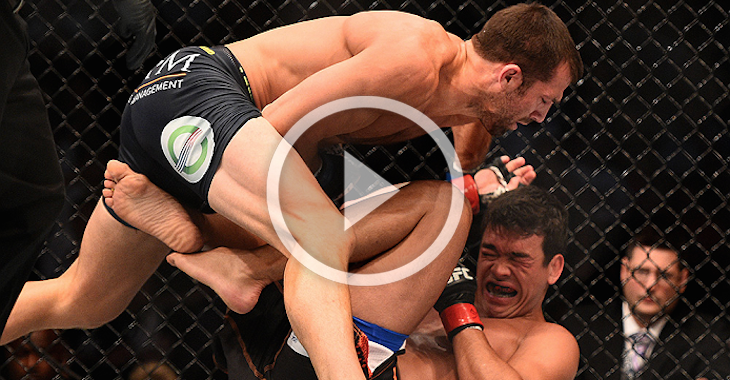 On Tuesday night the guys over at Stud Show Radio returned to give fans more entertaining MMA commentary. Hosts Justin Buchholz and Chris Carlino aka Sir Studboy were joined by a few guests and spent time breaking down last Saturdays UFC card and taking calls from listeners.

Like everyone else, the group talked about the Luke Rockhold vs. Lyoto Machida fight and how great Rockhold looked, finishing the Dragon in the second round.

Buchholz decided to give his opinion on Machida and why he lost.

“I feel like Machida truly doesn’t have any defense.”

“I think Machida’s got no defense. I feel like his karate has no defense, all he does is move in-out-side-to-side. As in, if someone gets him against the fence and unloads he’s got nowhere to go.”

“You’re not a complete fighter if you just jump out of the way. You have to be able to defend yourself.”