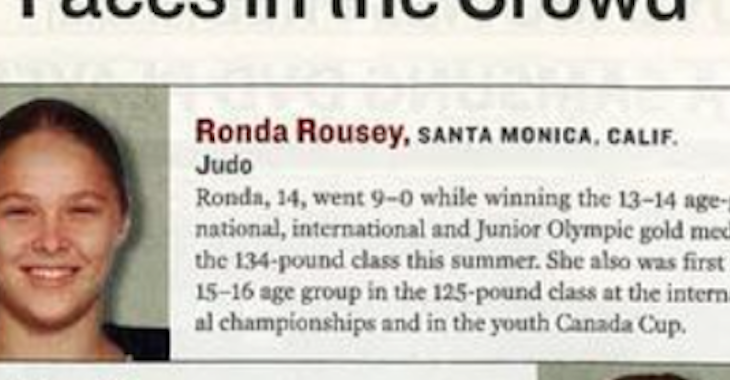 UFC bantamweight champion Ronda Rousey is a certified super star, in and out of the cage.

It seems right now she can’t be stopped, no matter what she’d doing. From writing books, to starring in movies and still kicking as* in the cage.

That’s why it’s so cool to take a look back and see this picture from when she was 14 years-old and in an issue of Sports Illustrated.

UFC champ @RondaRousey was featured in @SInow's Faces In The Crowd in the issue that hit newsstands on 9/11/01. pic.twitter.com/sGGOsWYQMj